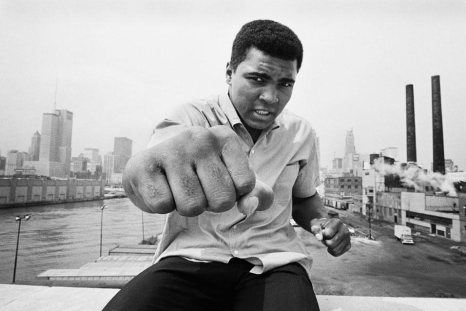 “Muhammad Ali was from Kentucky.”

These five words have been the quickest way for me to shut down anyone who’s ever teased or chided me about being from Kentucky, about my slight drawl and being “country,” asking whether I wore shoes or owned horses or if the grass is really blue. I tell them that, and they’ve got nothing to say. To invoke the name of arguably the greatest athlete who ever lived, and inform that person that he was born and raised in the very same town they were just trying to denigrate—my hometown—well, what is there there left to say?

I’ve lived in three major metropolitan areas since leaving Kentucky after undergrad in 1997. When I tell people where I’m from, I usually get two very different responses. The first is genuine interest, either because that person has never met someone from Kentucky, or they’ve never met a Black person from Kentucky before—and that’s a whole other thread of conversation. But more often than not I will find I get a subtle dismissal of my work as a writer and artist because of where I was born. That whole New Testament-ish “Can anything good come from Nazareth?” vibe. Only in this case, Nazareth is Louisville, I ain’t Jesus, and the answer, as it was in the first century, is still yes.

TO READ THE REST OVER AT DAME MAGAZINE, CLICK HERE.