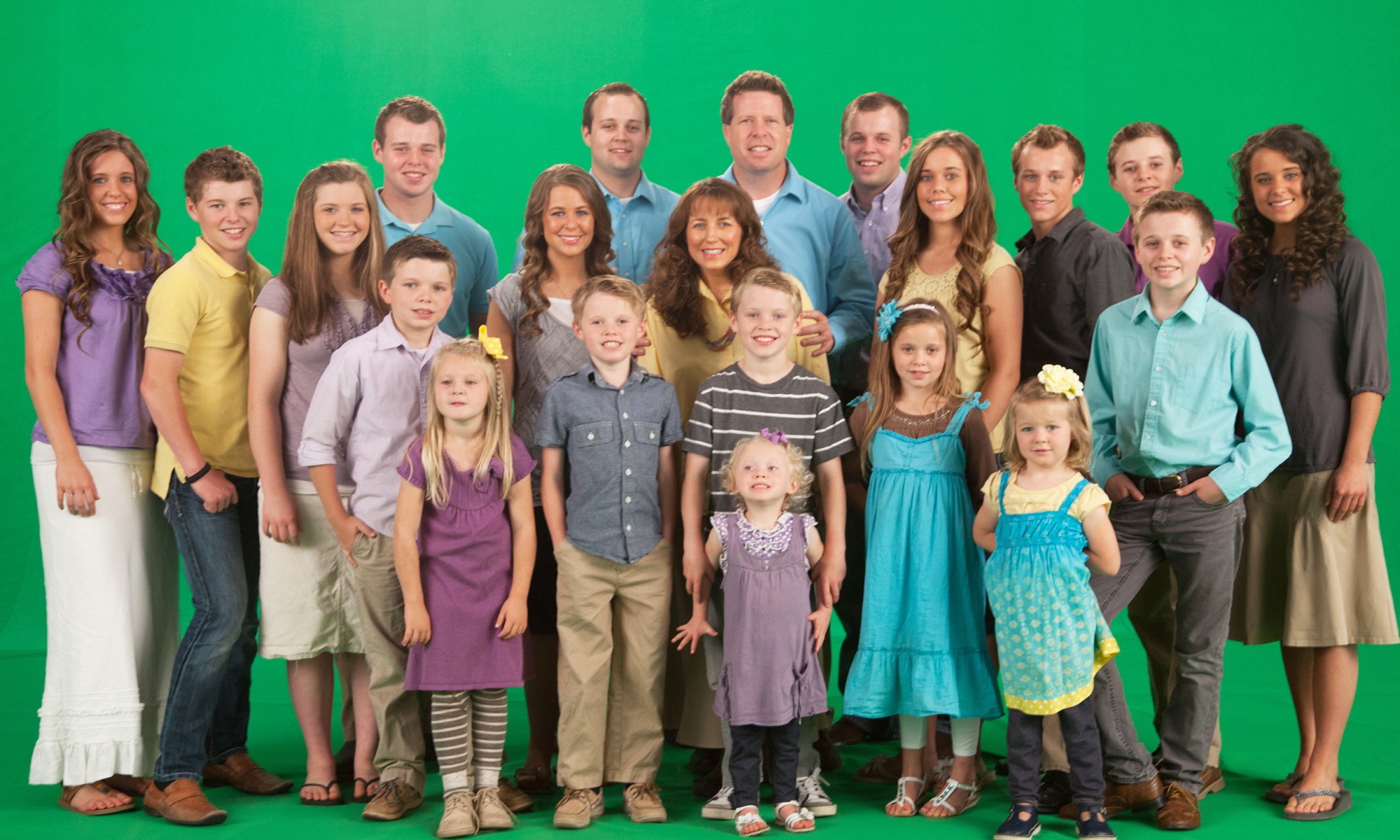 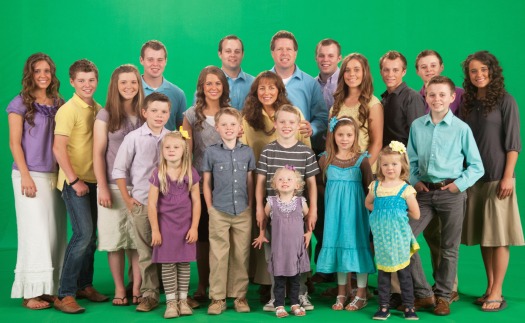 I have friends who are/were fans of the show, “19 Kids and Counting…” And while I found so much of the show problematic, I never really judged them for liking it. Joked with them about it? Absolutely. Judged? No. And I still don’t.

Howsomeever, in light of the recent admission by Josh Duggar (of TLC’s 19 Kids and Counting…) that he molested young girls including his younger sisters as a teen, I find the show and the family dynamics more than just problematic.

And yet, I know that some of my brothers and sisters in the faith are still on the fence about it all. So let me help you out a bit.

This wasn’t just a “mistake” resolved by prayer and repentance.

What Josh Dugger did wasn’t just a mistake. It’s a crime. This boy was over the age of accountability even by most churches’ standards. So when we as the church only teach praying and counseling as a solution for criminal behavior but leave out accountability and legal consequences we are saying something very telling about what we think about those who have been abused. And I can absolutely assure you that it’s not the same thing that Christ would say.

Zack Hunt, in his blog, “Where’s My Pile of Stones” broke it down:

Yes, as Christians we should offer grace and forgiveness to people no matter the sin, but forgiveness without accountability is cheap grace.

The call to stop casting stones – not by Jesus, but by regular old non-walking-on-water folks like you and me – is one of the most frustrating abuses of scripture I can think of, in that it’s almost always used only to silence criticism and avoid accountability, not to call one another towards being more compassionate people.

Yes, we should continue to forgive the unforgivable and extend grace to those that don’t deserve it because that is the way of Jesus, but there must be accountability and consequences as well. Otherwise, the Church’s message to the oppressed and the marginalized, the victimized and the abused is clear.

We don’t really give a rip about happens to you.

We’ve got leaders and celebrities to protect.

Bob and Michelle Duggar’s FIRST responsibility was to protect the victims–especially their own daughters.

I do question why they would do the show in the first place knowing that this was in their back story. OK, maybe they truly believed it was all behind them. As a sexual abuse survivor, I can unequivocally say that it wasn’t. At the very least, they could have addressed it as part of the alleged “reality” show. But they didn’t. Those little girls…his sisters…were paraded on television, made to grin and bear it; to pretend as though this really terrible thing hadn’t happened to them. Sexual abuse cannot be compartmentalized. It bleeds over. Until you are set free, the memories of what happened chase you. They often give birth to fear and mistrust and can ultimately hinder the ability for you to grow authentically into the person God created you to be. Ask me how I know.

Mary Demuth, in her Washington Post Acts of Faith article, tells it:

…it’s not so simple to get over sexual violation. Recovery takes years of stops and starts, and forgiveness is not a one-time easy decision, particularly if it’s demanded or expected right away for the sake of peace and putting something shameful behind you.

Often we see in communities of faith that victims are admonished to be grace-like, offering instant forgiveness to their abuser as if it could be doled out like a trinket or candy. And when someone is pressured to “be like Jesus” and forgive swiftly, often this pressure causes harm.

Sexual violation cuts deeply. It eats away at worth, esteem and personhood. I believe it is one of Satan’s greatest weapons against humanity, paving the road for future self-destructive behavior, suicidal thoughts, feelings of utter worthlessness, sexual dysfunction, guilt, shame and any manner of disorders. And moving beyond it is excruciating, long and sometimes debilitating.

Instant forgiveness and “putting it behind you” only delays the healing process, a journey that only begins by stating the awfulness of the violation. By shoving the story under the rug for the sake of your family or church community, you may save the perpetrator’s reputation and the reputation of those near him or her, but you lose important ground in becoming free.

So my question is, what was the motive for doing the show vs. spending that time helping their family heal?

I won’t pretend to know.

But what I do know is that truly protecting those girls would have looked like this: “No, we can’t do this show because we don’t want to expose our girls to cameras and scrutiny after enduring this thing. Because we need to make sure that our family can heal. Our girls, and the others also, are too valuable to us and the God we love to exchange their hearts and minds for the money and notoriety this show will give us. The very best way we can spread the true and right gospel is to live it right here in our home.”

No, it’s not a personal issue.

So when Bob and Michelle Dugger signed the contract to do “19 Kids…” and exposed to millions of people weekly the inner-workings of their family, they, in effect, signed over their right to privacy in that exact area. Their attempts to paint some kind of saccharine view of a Christian family ultimately failed because they were doing what way too many of us as believers do. Cover up our wounds. Pretend they don’t exist. Refuse to accept accountability (in all its forms) for the pain we, as flawed humans, wield upon each other.

But then when those wounds are exposed–because the Bible says they always will be (see Luke 8:17)–the hurt is worse for all involved.

This casts Bible-Distorting Sects of the Christian Faith in a very bad light.

The response by the Duggars, both then and now, is very telling. The waiting of a year (most likely only because Oprah got wind of it) before getting Josh help. The lack of involvement of the authorities. It says something about how some of these Bible-distorting cultures really feel about girls and women. Which is very much in opposition to how Jesus feels. Essentially what the Duggar parents said to those girls with their inaction was that Josh’s “mistake” or “sin” against them didn’t matter in the grand scheme of things. And by signing on to do the show, knowing this had happened, they said to those girls that the opportunity being presented mattered more than their emotional, spiritual, psychological well-being post-trauma. And the girls most likely participated because they didn’t, and probably still don’t, have the emotional literacy to articulate the depths of their pain. To actually say how being devalued in this way makes them feel.

The MUCH bigger issue

We all do it. The Duggars weren’t my golden calf but I’ve certainly had my share. All crushed on the threshing room floor of my life.

I suspect that so many Christians are taking the “but he said he was sorry” position on this or are upset about the cancelation of the show because they have set up the Duggars as the standard for biblical parenting and family. And like all our idols, God had to allow this one to be crushed  as well. God asks us to be Holy Spirit-led in our families. Good sound counsel is great and much needed. Guidance is wonderful. But it is the Spirit of God who leads us into all truth. And that’s the standard we should hold up. That way, we are unmoved by the fall and failures of other humans. That way, we are okay when one of us has to be held fully accountable for our actions. In fact, we will demand it.

It’s Wednesday and a new episode of HeARTtalk has dropped! This is the second to the last episode before the end of the first season and…whew…you don’t want to miss these last two! In episode 9 of HeARTtalk, Tracey Michae’l chats with writer, director, and producer, @christinafaith. Christina is a dynamic filmmaker and educator who, along with her spouse, Allen Johnson, owns @creativethoughtmedia, a Philadelphia-based independent production company and artist collective. TMLG and Christina discuss the challenges of being a Christian filmmaker who doesn’t tell “corny” stories; the role that a creator’s own personal healing journey can have on their work; and how to manage grind culture. Christina goes IN on the false validation that too many artists seek instead of investing in the development of their craft and a pipeline to reach their audience. A great conversation you don’t want to miss! HeARTtalk is available on Apple, Spotify, Google Play, Podbean, and other podcast platforms. TO LISTEN: https://hearttalkwithtracey.podbean.com
#NSBBlackHistory - In 2018, NSB published a memoir that is still impacting the hearts of readers until this day. "Don't You Fall Now" by @claudialovemair is a hauntingly beautiful family memoir that tells the story of how Mair’s eighteen-year-old son, Kamau Burney, survived a jump from a six story parking structure near the campus of the University of Kentucky. Kamau landed face first, shattering all the bones in his face, along with breaking his hip, clavicle, and neck. His survival was a miracle. Mair’s story is a lyrical exploration of what it means for a mentally ill mother to care for a mentally ill and brain injured son. Told in sparse prose, the chapters are intentionally short, meditative, and intense. The result is a riveting story that is raw, real, and ultimately hopeful.
#soulcare 💜