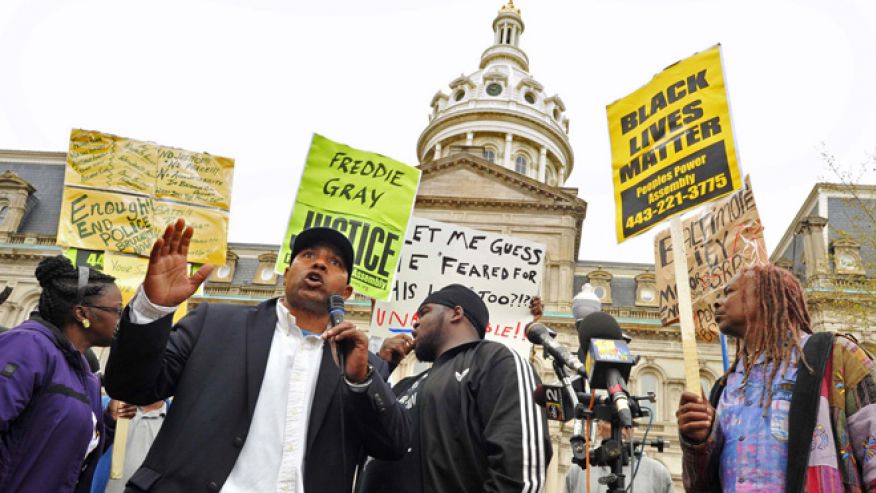 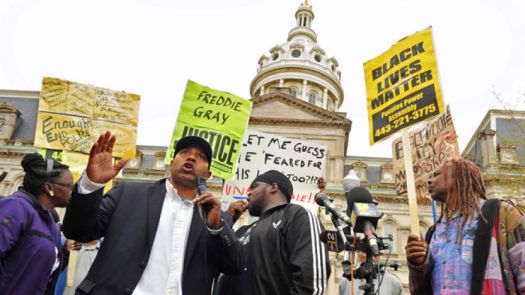 Malcolm Gladwell defines a “tipping point” as the moment when an idea, trend, or social behavior crosses a threshold, tips, and spreads like wildfire. Collective Rage has a tipping point. Collective Frustration has a tipping point. Social media and technology is—thankfully—shining a glaring light on a problem that has existed for generations in this country: the systemic devaluing of Black lives. And yes (because I know some are quick to point it out) that same light also reveals internal challenges within communities of color but these issues–things like Black on Black crime, education disparities, poverty– are 9 times out of 10 the residue of longstanding white supremacy. Pick one or name another and I can trace it directly to 250 years of slavery, 100 years of Jim Crow, and 50 years of minute progress that sure, changed behaviors, but never altered hearts and minds. This same glaring light will continue to burn bright and bold whether in Ferguson, NYC, Baltimore, or–gasp!–your neighborhood next. To what end? I honestly don’t know. But pretending like you don’t see what is illuminated by the light will soon no longer be an option. God help us all.

There have been several of what I call frequently asked questions and comments posted on social media attempting to make sense of what’s happening. Here are my responses:

I’m seeing too much violence coming from these so-called protestors. There are nothing but thugs and troublemakers out there.

Remember…images played over and over again on corporate owned TV networks are RARELY indicative of what’s happening on the ground. The violence that you are seeing is not as large of an occurrence as the media makes it it out to be with it’s continuous looping of the same four or five scenes. Trust. The police (many of whom have been shown provoking violence) know this. WE are the ones who don’t know that. WE are the ones why buy the repeated images on TV as the whole truth. WE are the ones who are way too concerned about respectability and “looking a certain way” to “them.” So much so that we somehow cannot fathom why a #‎FreddieGray incident would set folks who already have nothing to lose off.

But #FreddieGray was a criminal. I wouldn’t want him in my neighborhood.

Not the point. IF Freddie Gray was involved in criminal activity, then he should be tried according to his crime. Unfortunately, he will not get a chance to do that. So the point of him being a criminal is moot. Does being a criminal automatically sentence you to death? If so, there are some politicians and corporate owners who should be six feet under. Here’s the point: A white man with the same or worse criminal history would be alive today. Period. And THAT’S the problem. If you are someone who cannot, for whatever reason that blinds you, see that…well than sadly, you are a conspirator in the perpetuation of the brutality. And I know…”just get a job,” “don’t commit crimes and the police won’t arrest you,” “get an education.” First, as many of the cases show, you don’t have to have committed a crime to be a victim of police brutality or racist violence (see Zekia Boyd, etc.). Second, while personal accountability is important, systemic racism, white supremacy, and even this kind of “well, I never hurt anybody” privilege makes all these “solutions” (education, etc) challenging to many populations of Black and Brown people.

In a general sense, this is true. However, those who are uncomfortable or outraged with random rioting in #‎Baltimore are often the same people who don’t see any problem with strategic war–particularly when there is a dictatorship or lives at stake. (see Iraq, Afghanistan, and any other major war of the 20th/21st centuries). So is that what you’d prefer? A strategic, calculated, organized WAR against the systemic racism that has, for too long, allowed for police brutality and the devaluing of Black lives? I’m sure there are those who’d be willing to accommodate your preference since you plug your ears, hide your eyes, or use images to shift the narrative when peaceful protest and civil disobedience is the tactic of choice.

Doesn’t rioting and violence overshadow what those who are peacefully protesting are trying to do?

It only overshadows because WE allow it to. Because we don’t hold the media accountable for the images. Because we allow the narrative to shift. Because people are quick to post their outrage at riots but are hesitant to post outrage about police brutality, etc. WE can influence the winners of The Voice and American Idol  but we can’t influence this particular narrative? Nah. Not buying it.

So what’s the bottom line?

Ainsley Burrows, a poet, said it best, “Can’t ask a drowning man to relax… it is easier to let go of his head than to force him into the most unnatural of actions.”

Let go of our heads.

Riots and other violent actions are weeds that have very clear roots. Systemic racism, White Supremacy, Privilege. Stop picking the weed–DIG UP THE ROOT!

White allies and the Body of Christ–yes, the Church–get off your hands; stop hiding behind your Twitter handles and political affiliations and get some courage! You need to have as much of a righteous anger about this as people of color in these communities. Force accountability. Put your words out there. Put your support out there.

One Reply to “See the Light? An Uprising in Baltimore (FAQC)”