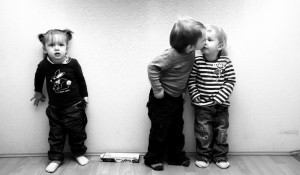 I was 22 years old and the guy I liked (Dude) wanted to date my friend (Homegirl).

No, this isn’t the beginning of a new novel. It’s actually the beginning of a reflection on my personal journey when it comes to relationships and specifically, what it means to be true to yourself in them. Recently I’ve been thinking about how we evolve as people; how we go from being a child to an adolescent to a teen to a young adult and finally to, what I call, an all-the-way grown adult. There’s so much that comes along with these transitions. So much that one doesn’t know going from one phase to the other. When I look over my life, I can see periods of time–seasons–when I was clearly not yet ready to be my authentic self; to live according to God’s design as opposed to other people’s validations and/or rejections. Which, of course, meant I was also completely unable to be honest about what I thought or how I felt at any given time.

Brene Brown in her book, Daring Greatly, talks about how vulnerability is the birthing place of creativity and innovation. She is so right! The moments when I’ve taken the risk to be open and honest about where I am emotionally, spiritually, etc. have been the same moments when I’ve been the most creative and the most refreshed in my gifts.

But then there are the other times.

I’ve come to realize that some of the truthfulness and authenticity I so desperately needed was/is just out of my reach because of my unwillingness to shed my armor–not the good armor; not the armor of God that helps me deal with evil external attacks. This armor is manufactured…and poorly, I might add.  It’s an impression management tool. It’s also the very thing that has often kept God’s very real, very available grace and mercy and love from reaching my innermost parts and triggering the fullness of my compassion and the maximum potential in my gifts.

So these flashbacks I’ve been having recently of various past events (events that, as a married woman and mother, are somewhat inconsequential in my current, daily life) are still very telling; revealing even. They show me how much I’ve grown (yay!) and how much I haven’t (boo!).

Back to Dude and Homegirl:

After graduating from undergrad, I left my home state of Kentucky and moved to Chicago in order to, according to me at the time, begin my “real” life. I wanted so badly to live the dream: Small town girl goes to the big city and makes it big. But when I say I was GREEN…Man, you could’ve just called me Kermit. LOL!

I knew absolutely nothing.

But you couldn’t tell me that.

Through some friends I’d met the summer before while interning there, I met a guy and began “talking” to him. Translation: sorta, kinda hanging out to see what happens but not really dating exclusively yet wanting to. (side-eye) Let’s just say it was a friendship that was evolving, I thought, into something more.

Wait…there’s actually something else I could call it but my halo doesn’t tilt that far anymore. 😉

Anyway, he’d initially expressed interest in me, chased me even, and I finally reciprocated. Mostly because I was shocked, I can say now. Here was this dude that was attractive and smart and cool, with swag for days, and he was asking about me. He was talking to me. Of course, that triggered all my low-self-esteem, needy, please-love-me-now buttons.

So you know where this is going, right? This “evolving friendship” devolved after a couple of months. Today, I know why. These kinds of things happen when you are foolish (or desperate) enough to underestimate your worth and give away the most valuable parts of yourself.  I suspect my stock lowered in his eyes. All the things that intrigued him about me became less interesting once I gave away the most valuable thing I had working for me. My inability (unwillingness?) to make the God-honoring decisions in relationships had consequences–a pattern I’d see often in the future.

But back then? Nah. I totally didn’t see it that way.

Several months after Dude and I stopped “talking,” we were both at a party thrown by a mutual friend. Some girlfriends of mine from back home had come up to visit me and we were all hanging out that night having a good time. Suddenly, Dude pulled me into the kitchen and I must admit, my heart fluttered. What was he going to say? What was he going to do? Yep, I still had it bad for him. Then…he dropped the bomb.

“So I wanted to talk to you first. Just outta respect. But would you mind if I asked your Homegirl for her number?”

So here’s the thing: Nearly 40 year old Tracey, the woman who’s seen some things, been through some things, and frankly ain’t got time to hem and haw with her words would have responded very differently than 20-something Tracey with all her insecurities and inability to say what’s on her heart and share her truth without reservation.

(I know you might be looking at the screen with your mouth twisted. I’m so sorry.)

He walked out of the kitchen and I stayed there for a while, crying my silent tears. I stayed there until I could, once again, swallow the rejection and push it down where all the others lived.

It wasn’t cool. I wasn’t cool. Not at all. My skinnier, prettier, smarter girlfriend got the guy I wanted (they actually ended up dating for quite a while) and that hurt me. But here’s the point: I couldn’t be mad at him. Nor her. I was, at that time, incapable of telling my truth and being real with myself and with those around me.

There are, I think, three reasons:

Now sure, the character Amy who says this, is a psychopath. LOL! But there’s definitely still truth in it. At 22, I’d bought the lie of the “cool girl” hook, line and sinker. I told myself that maybe if I told Dude to go ahead and kick it with Homegirl then maybe he’d view me differently and change his mind.

So what would have nearly 40 year old Tracey said in this situation? What words would the Tracey who still struggles with some of these same issues but is old enough and wise enough to know that it doesn’t serve me to be dishonest about them, have used?

“You know, Dude. I realize that, for whatever reason, we didn’t work out. And I’m slowly–very slowly–becoming okay with that. But I have to be honest with you and say that I’m not totally there yet. And this would not be okay with me. I appreciate you coming to ask me because quite frankly, you don’t need my permission or blessing to date my friend. But I cannot promise you that if you do ask her out, I’m going to throw rice at your wedding. At least not today, I won’t. Tomorrow? Maybe. Next week? Sure. But you’re asking me today and today, I say no.”

I’m pretty certain this probably would not have stopped him from asking Homegirl out because in the same way he chased me, he had every intention of chasing her. But there’s one thing I do know for sure. If I was able to be truthful with myself and him about how I was feeling–even risk looking like a fool or hater–then I would have limited the inner conflict I experienced for months afterward. Taking the risk to be my authentic self, being unafraid to share my truth–no matter how skewed it was–would have saved me so much heartache in the end.

My task today is to take the lessons of my youth and continue to apply them.

2 Replies to “THE UNNECESSARY LOVE TRIANGLE: The wonderful risk in telling the truth”