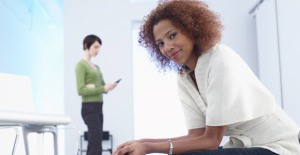 Last Thursday, I had the wonderful opportunity to speak to a roundtable of church communicators, leaders, and pastors in Indianapolis regarding how to develop effective strategies for Multicultural Ministry. On the plane ride back to Philly, I felt led to write a short story that creatively summarized some of the things we discussed during my presentation. This piece is written from the point of view of the fictional character, Mae Green. Mae is a woman who is on a flight from Birmingham heading to Baltimore to visit her grandchildren. I do plan to write the other side of the story in a future post. Enjoy! Mae Green (a short story)

Insecurity leaped from the woman’s eyes when I nodded my request to sit in this particular row. She quickly switched from the window seat to the cramped middle seat saying, as if it hurt to even acknowledge me, “I’m with him.”

I mean, seriously, what did she really think would happen if I did sit next to her husband on the plane? Would my fabulousness become so overwhelming to him that a torrid love affair would ensue right before her eyes? All within the span of a two and a half hour flight, no less? Ha! Honey, I wish I had that kind of persuasion. I could think of a whole bunch of stuff I’d have in my life if I did, none of which would be some dried up white man that looks like he is only two days from being in the grave.

Oh Lord have mercy! I know I’m wrong for saying something like that. Shoot, that man has at least a couple of years. 😉

Anyhoo, her fear is actually pretty entertaining. It’s helping me keep my mind off of this terrible turbulence that’s rocking my stomach something awful. Maybe this is the rollercoaster route to the East Coast or something. They gonna make me start pleading the Blood in the minute. Truth be told, I done already drenched my hands in that anointin’ oil I got from Pastor last Sunday. Yep, made sure that I touched as much as that plane as I could as I was passing through the doorway and looking for a seat. Humph! Ain’t no shame to my game. Probably need to rub some oil on that white lady as well. Especially since she keep giving me the side-eye like I’m some leper or something.

It’s alright though. ‘Cause that right there is hurt in her eyes. I’d recognize it a mile away. One thing I know for sure is…pain don’t discriminate. We’re all broken. Now true…some of us have more cracks than others. But we’re broken just the same. We all need Jesus, for real. (Heeeeyyyy, don’t y’all make me shout on this plane!!!!) The truth is…folks are running around scared of each other and don’t know why. Hate to say it but us church folks can be the worst. Looking on the outside…at color of all things… and judging folks on stuff that really don’t matter in the long run. Sure ain’t gonna matter in Heaven when we get our new bodies and stuff. That reminds me. I need see about getting an advanced copy of mine. Ha!

Now don’t get me wrong. I’m not saying race don’t matter. It does. Just not in the way that we think it does. See I’m a proud black woman. African American, as we call it now. Born in Birmingham, Alabama. When you look at me, I WANT you to see my baby smooth, blue-black skin; the soft, tight curls of my hair; the expanse of my nose and my hips. Especially that last one. I like to say I was made to breathe and birth…in the natural and the spiritual. (See there ya’ll go again…makin’ me shout!)

Go ahead and ask me why I pray the way I do, move the way I do, act the way I do. There’s a story in it all and I’d be glad to share it with anyone willing to listen…white, brown, yellow, or green. Okay, maybe not green. I ain’t talking to no green people.

Yep, I have a great story to tell. But I suspect so does that white lady still sneaking peaks at me on this plane. Her eyes seem to be only a prologue to a tale I’d love to hear. But of course, that won’t happen. ‘Cause she’s scared. And if I’m honest, so am I. Might be for different reasons but I’m scared nonetheless.

So yeah, we’ll sit here. Filled to the brim with word blessings just waiting to be received by the other and yet neither one of us willing to get to pouring. All because we’ve been taught some stupid concept called tolerance. Yes, I said it. Tolerance ain’t worth a hill of beans! You tolerate a puppy peeing on your carpet. You celebrate human beings. I’m just sayin’.

Yeah, we’ll probably end up doing just that: tolerating each other for the couple of hours or so we’re on this plane and then going our separate ways.

But what will we miss, I wonder?

What kinds of blessings and revelations await us in the conversation we’ll never have? The relationship we’ll never explore. Well, we done already said so much with our eyes. Done exchanged pain and struggle and curiosity with just a glance or two.

Shoot, forget this nonsense! I need as many blessings I can get before I see Glory. And the way it looks…the way this plane is bouncing around the sky…glory might be coming sooner than I’d like.

Check out more at http://www.traceymlewis.com